ebFRET is a library written in Matlab for the analysis of single-molecule FRET time series with hidden Markov models. 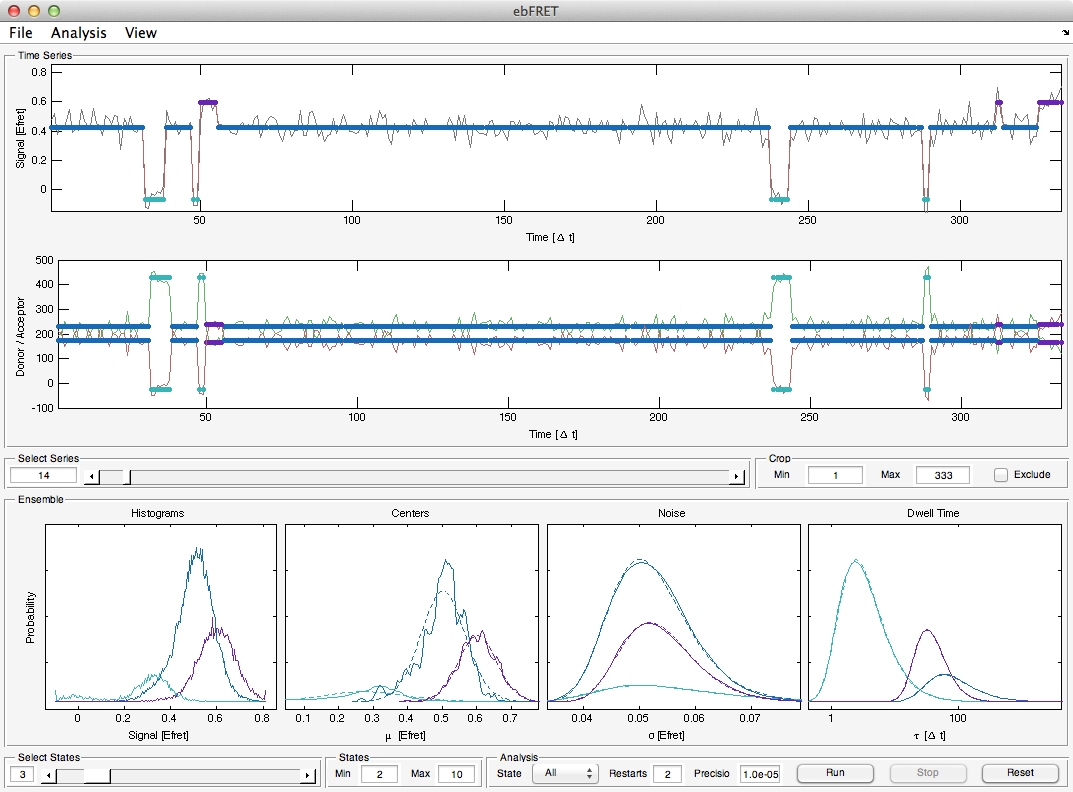 ebFRET is the successor of vbFRET, which it improves upon by performing combined analysis of multiple time series at once. This approach, known as empirical Bayes, is both more accurate and statistically robust. It also enables more advanced analysis use cases such as sub-population detection.

A command-line version of the code is also available for advanced analysis tasks, such as detection of subpopulations, which cannot be directly accomplished in the GUI [git; zip].

Code to plot transition density plots (TDP) as per “Observation and Analysis of RAD51 Nucleation Dynamics at Single-Monomer Resolution” in Methods in Enzymology by Subramanyam et al. can be found here: [git].